Another week goes by

I spent the weekend at Maleny, if you want a tour of where, look up this website for photos of Middlepath. We went to the Maleny Agricultural Show and it was just the same as the Turriff Show of the RHS, only smaller. I had a good close up of the show champion – Aberdeen Angus, of course, and saw his offspring, the Aberdeen Angus/Brahmin cross. Both gorgeous. Also saw 2 dogs herding ducks – novel and very entertaining. And fabulous show jumping, but I was more taken by the miniature ponies, who were blinged up to match their owners, all teenage girls. Very cute. 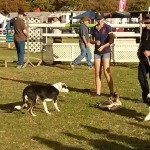 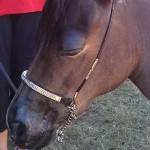 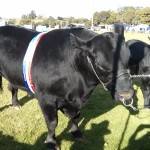 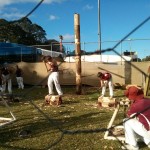 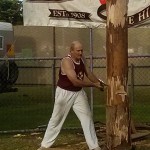 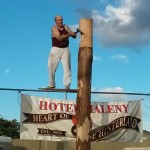 The most unusual event I saw was the axemen. The photo on the right is of the under 15’s, and the boy on the right is 10, wielding an axe and hacking into the log he’s standing on (hardwood by the way), between his feet, wearing trainers. Can’t see the Health and Safety boys letting that happen in the UK. The two photos on the left are of the guy who won the competition. First he had to cut a groove into the pole, insert a plank (with a hook on it for added security!), stand on the plank and work his way up the pole, then chop the top section (again, hardwood) in two. And this guy, in his 60’s, did it in under 3 minutes! Way to go!

2 Responses to Another week goes by