It’s that time of year again

Yes, it’s festival time and as well as doubling the population, the works for the new tram are still causing chaos in the city centre and so the buses are totally unreliable and it’s impossible to go anywhere by car either. I’ve been to a couple of shows but that’s all. However I had a stroll down the High Street on Sunday and here’s some of what I saw – it’s just how it should be, isn’t it? 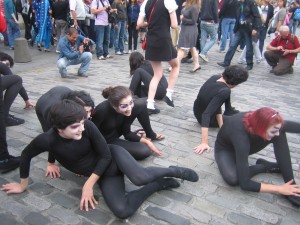 This must be art

Now this next guy is from Perth and before he did this trick with the board of nails, he asked someone to throw an apple at the nails just to show they really are sharp. But his first big trick was sword-swallowing – it looked real enough to me, so much so I couldn’t take a photo, it was a bit aargh! 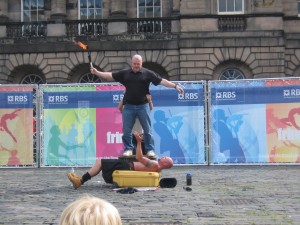 This entry was posted in Photos. Bookmark the permalink.