I’ve just recovered from a few days of not being too well. Visited the local doc and his first advice was ‘don’t drink anything cold’. Well as some of you know, that’s been my soapbox cry for years, so I immediately decided this doctor know’s what he’s talking about. He then prescribed camomile tea with honey and butter, as he thinks my breathing problem is caused by some sort of over activity (not sure whether it’s the aerobics, cycling, mountaineering, or maybe … now what do I do most of?… talking perhaps?). As I’m a paying customer, he also gave me a bundle of free stuff which he’d been given by drug reps, so I’ve now got two nasal sprays and two new inhalers to play with as I wish. Anyway, I’m feeling pretty well again, as I hope you’ll agree – better than the druid impression I was making on the lazyboy! 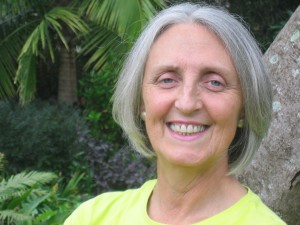 And now how I was last week: 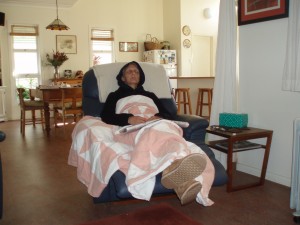 This entry was posted in Photos, Travels. Bookmark the permalink.

3 Responses to Before and After